ABOUT A Labyrinth of Love and Roses 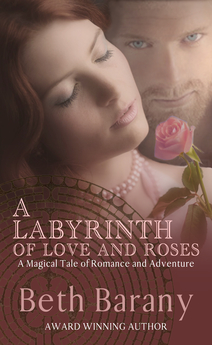 What if what you wanted got in the way of your destiny?

French MBA grad Lili Grenault needs to succeed at her last pitch meeting to fund her international green tech business. But her grandmother tells her to drop everything, find her one true love, and embrace her magical legacy by Beltane, in one week, or chaos and failure in her life will ensue.

San Francisco investor Brett Barnaby wants to find his great-grandfather’s gravesite in Amiens, France, one of the primary battle sites of World War I. Family legend says that purpose, greater mission, and perhaps even untold riches, will be unlocked when he finds that grave. But his search in Amiens brings up fear, anger, and dire warnings about some wild Green Man. He turns to local Lili Grenault for help.

Can these two independent freethinkers work together to prevent chaos from triumphing and find love in time in the labyrinth of roses?

Or use these below links:

Add my book on Goodreads

See A Labyrinth of Love and Roses on Goodreads.

What Readers Are Saying

“I didn’t want the story to end! Sassy, Alluring, Suspenseful! I wanted more! I hope that Lili and Brett’s Story becomes a series. The Author’s Characters are intriguing. While they go through transitional growth stages, they do so without losing that which makes each (Lili and Brett) fascinating! One of my favorite phrases depicting vivid imagery is: ‘she caressed his skin like she was drinking him up through her hands’.” — Mary Van Everbroeck (Amazon)

(Author’s note: Mary, their story continues as a subplot in an upcoming book, Bringers of the Rose.)

“A better book than I was expecting. This was a good book to start me in the romance shelves I feel; if it had just been a story about a relationship complicated by only business OR magic I don’t think it would have held my interest. Having external pressure of the big business deal worked well to draw out the tension in both the magic/mystery side as well as the relationship.” –Snellopy on Goodreads (You can read the entire review here.)

“A touch of magic I loved the way Lili and Brett met, but the journey that kept them together was pure magic. There was no fighting fate.” — Mona Leigh (Reviewed on Amazon)

“A Sweet Romp I love her easy breezy style of writing. I was drawn along in the story. I was so engrossed I almost missed my bus stop.” — Sandra Lee Schubert (Reviewed on Amazon)

“A Labyrinth of Love and Roses (A Fairytale Romance) (Touchstone Series #4) is a sweet magical novella. The cover is beautiful. We get a sweet taste with the vivid descriptive details of the settings and character’s images. Romance mixed in with mystery & magic create a light suspenseful read. Lili & Brent are engaging character’s. Lill and Brent are on a journey brought together by fate & pure magic which leads to their destiny. Lili’s granny was fun sassy a character. A quick perfect beachside read.” — Sophie Koufes (Reviewed on Amazon, Goodreads, BookBub) 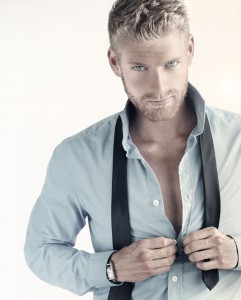 Lili set out the tea and the mismatched fine china they both liked. Her hand shook. Something about Gramma’s voice over the phone an hour earlier made her nervous. Gramma or Gra-mere in French, said, “We need to talk” in her serious voice.

She set out some speculoos cookies from the cupboard and some croissants she’d run to get fresh at the corner boulangerie.

She spun in her tiny but tidy apartment, really more like a studio, her bedroom separated by a curtain. It was all she could afford from her savings and her summer jobs from being a migrant fruit picker in the south of France, outlandish and as horrifying as it was to her upper class French family. She didn’t want to take any money from them.

She wiped down the kitchen counters and glanced around again. Oh, her laptop. She shut it and draped a cloth over it. Her grandmother wouldn’t want her to be distracted by it when she came over, and distracted she was. She’d been working for months on her prospectus for the investor pitch the next day. Despite the gorgeous spring weather in Amiens and the smells of the island gardens calling to her, she’d been holed up with her computer for days—chatting with her team via Skype and instant messaging, exchanging documents, getting everything ready for the big day tomorrow.

She had to get her business funded so she could go international. Her team spread around the world was counting on her. If she didn’t get this funding from the international group of investors in town for the special World War I commemoration, she didn’t know when she’d have another chance like this. She’d have to start at square one. When would there be another chance like this, where people who wanted to invest in local talent and clean tech software companies would be coming around again? She was born and raised in Amiens, well, Paris too. But that city was second in her heart to the river-wound city of Amiens with its gorgeous ancient cathedral and many, tiny farming islands.

A knock at her door interrupted her ruminations. Lili opened the door and smiled at her petite grandmother, shorter than her own five foot five inches. Gra-mere Leonora squinted up at her. “You’ve been worrying, dear,” and brushed past her to step into Lili’s apartment.

Lili couldn’t deny it. If she did, Gra-mere would know. She always knew when Lili was lying. So she shut the door and said, “I have my big presentation tomorrow morning, Gra-mere. I told you.”

She set the kettle to boiling, so her back was to her grandmother for the moment. She just had to ask. “Grandma, what was so important that it couldn’t wait until after my pitch?”

She heard the chair scrape against the wood floor and her grandmother sit. When Gra-mere or Gramma, depending on which language Lili was speaking, didn’t answer, Lili turned around. Gra-mere eyed her intently.

“Forget about that. The water takes care of itself and so must you.”

Lili wanted to cross her arms across her chest, but resisted the urge. She pulled out the chair and sat. Gra-mere often spoke in riddles. That was one of the things Lili always loved about her. She was so unlike the rest of the stuffed-up family—well, mostly her parents.
Gra-mere watched her intently. Lili squirmed, then jumped up when the kettle whistled. She poured hot water into the teapot. The rich aroma of tarragon and rose hips filled the room. Still Gra-mere said nothing.

She tried again. “Gra-mere, what was so urgent—?”

Lili sat back, amused but still antsy. She really needed to do one more pass, check some numbers on her slide deck.

Finally Gra-mere poured the tea into their cups, then spoke. “I came by to tell you about your legacy, dear Lili of mine.”

Lili sputtered her tea that she was sipping. “What legacy, Gra-mere?”

“The one handed down from my mother, and her mother, and all the mothers before, since the time of the Great Calamity.”

“What about Mom? And, what Great Calamity?”

“For the truth. In seven days, by Beltane, you must go through your Rite of Initiation on the island to formally accept your legacy and find your one true love, not necessarily in that order. Magic finds magic. And yours is to be the Bringer of the Rose and protect the earth and all who live on it, but not with gadgets. With your heart.”

The Stories in the Magical Tales of Romance & Adventure series

In order of the story timelines, but you can read the stories in any order.

3. Parisian Amour: (A novella in the Magical Tales of Romance & Adventure series) (#3)

2 thoughts on “A Labyrinth of Love and Roses (Romance)”